On September 19, a group of R9Urals activators participated in the European SOTA day, working simultaneously from four peaks, which allowed the first S2S communications between Ural activators. Beautiful QSLs with special call sign R05SOTA are already printed and sent out. 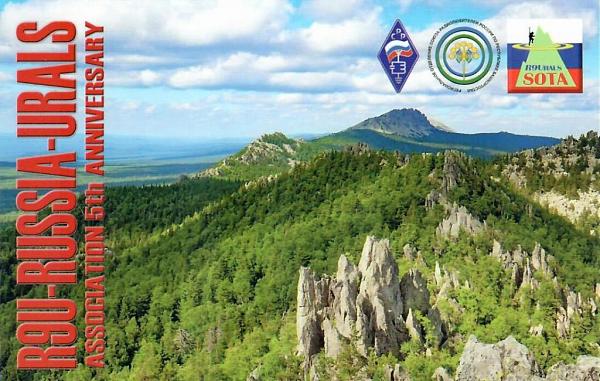 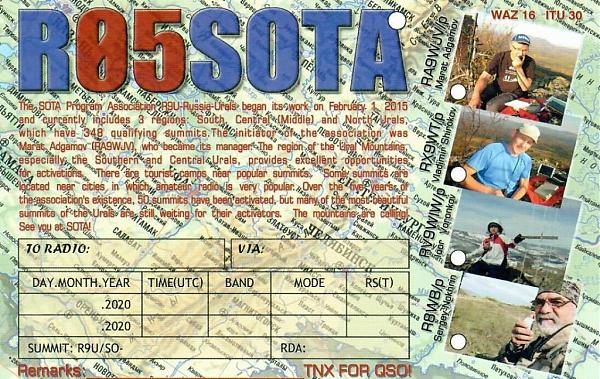 A colorful diploma is being issued to hunters and activators for connections in 2020. 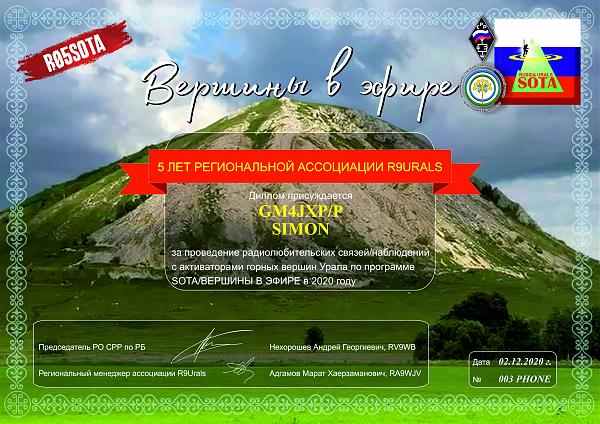 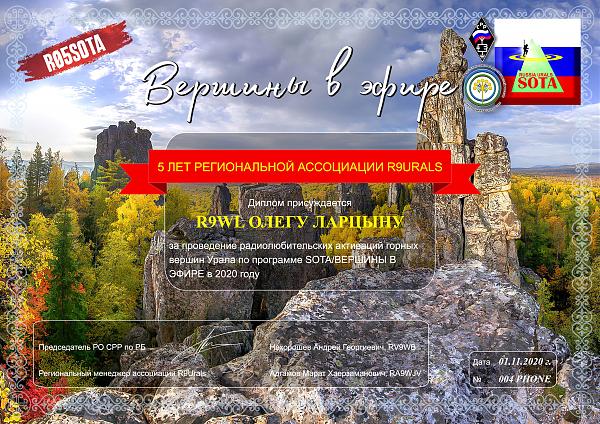 A separate diploma is given for conducting S2S connections with the activators of the Ural Mountains. 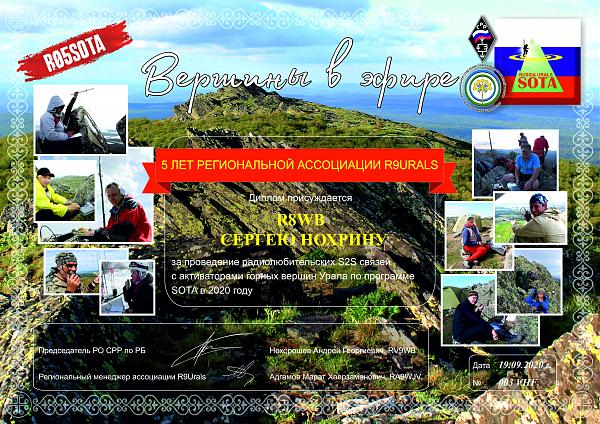 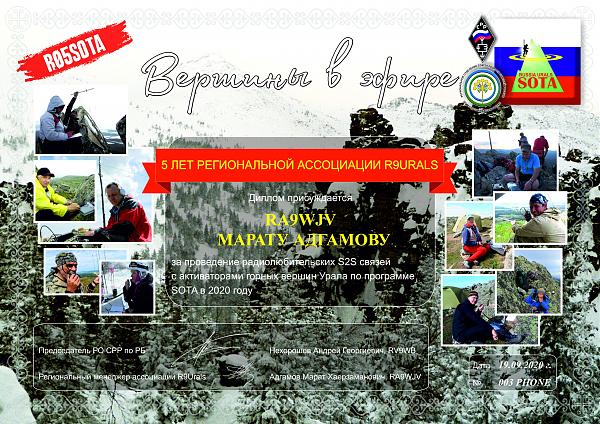 To receive a diploma file for self-printing it is enough to send an application in any form to the address: r9w.award@gmail.com. At the request of the activator, this diploma can be issued in “winter” and “summer” design versions.

Friends, congratulations to all radio and mountain lovers on the New Year! Special thanks to the hunters and activists who took part in the R9Urals Regional Association events in connection with its fifth anniversary in 2020!