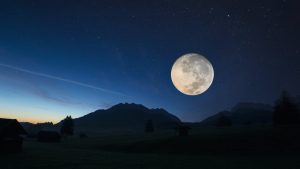 Germany’s amateur satellite organization AMSAT-DL has submitted a comprehensive proposal to the European Space Agency (ESA) for its Lunar Amateur Radio Transponder (LunART) lunar lander — a communications platform on the Large European Lander to support communication and payload experiments. AMSAT-DL’s Peter Gülzow, DB2OS, and Matthias Bopp, DD1US, say that a LunART (called “LunaART” in the AMSAT-DL proposal) would support direct communication with Earth via amateur radio, support university and student payloads and offer direct access to their experiments, and expand the reach of radio science. It could also provide backup communication capability and capacity during an emergency, or when the ESA network is busy.

The comprehensive radio platform would use the European frequency protocol of 2.4 GHz up and 10.45 GHz down (approximately 100 W), pioneered in the QO-100 satellite, the first geosynchronous amateur radio payload. The platform would also include a VHF/UHF transponder. AMSAT-DL would develop and build the necessary hardware and software and provide ground station support via the 20-meter dish at AMSAT-DL headquarters in Bochum, Germany. They envision developing a smaller ground station with an approximately 1-meter dish to support groups, including schools and universities. Low-power beacons would transmit on various frequencies from VHF (145 MHz) through SHF (up to 24 GHz or even 47 GHz), AMSAT-DL’s proposal says.

“This transponder would also be an ideal platform to develop new transmission schemes with novel modulation and coding techniques optimized for long-distance communications with the corresponding high latency (long delays),” AMSAT-DL said. “This would provide essential knowledge in preparation of a future Mars mission.” In addition, LunART could include the capability to transmit still or slow-scan television images and video to schools “from cameras attached to the lander monitoring the moon surface and perhaps the Earth in the background [which] would be ideal stimuli for getting school kids and STEM organizations further interested in space.”

The proposal is on open access at the ESA website and is now being evaluated. AMSAT-DL’s LunART follows the Lunar Amateur Radio Interaction Experiment (LARIE) proposal from Andy Thomas, G0SFJ. Both refer to weak signal modes and suggest the same frequency bands. Thomas said he welcomes LunART as a well-developed proposal and hopes ESA will support it as well. — Thanks to Southgate Amateur Radio News, AMSAT-DL, and ESA