Besides the Sporadic-E signals from around Europe, there were F2 signals mainly from South Africa. The one that really stood out for me was VK2NSS in the south-east of Australia.

I found this one unusual. How can I hear someone from Australia and yet, I only heard one station from the south of Russia. Where are all the other Russian and Ukrainian stations at the first F2 hop to the east of me?

Look at how far north the VK signal traveled. Was that the real path or was it skewed and came through on a more southerly path? 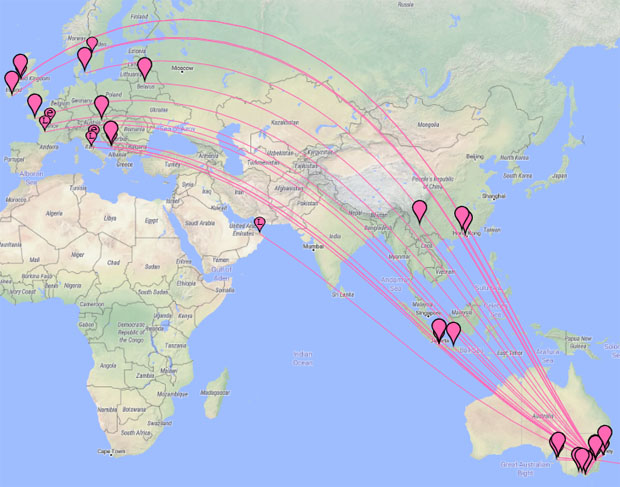 Only a few people around Europe heard his signal. You’ll notice how there seem to be skip zones in Europe. He was heard in two areas of Ireland but completely missed England, Scotland, and Wales. He was heard in the NW of France but yet completely skipped Germany. It just goes to show that sometimes, you just need to be in the right place for signals to get through.

The solar flux was down at 82 so the sun is still pretty quiet.