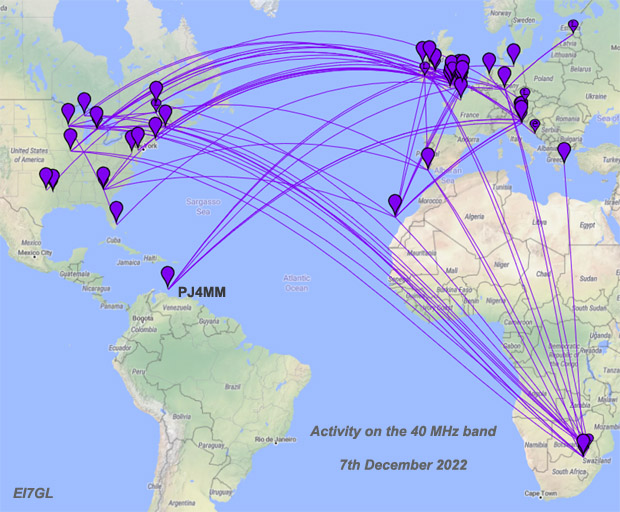 Wednesday 7th December 2022: With the Solar Flux up at 148, the F2 MUF is now extending well above 30 MHz and into the low VHF spectrum. The map above shows some of the FT8 activity on the experimental 40 MHz band on the 7th of December.

The stations in South Africa (ZS), Slovenia (S5), Croatia (9A) and Ireland (EI) are radio amateurs who have permission to use this band. The stations in the USA, Canada and the UK are using experimental licences for transmitting.

I have a full list of the stations decoded at the end of this post. I’m not sure about a few of the transmitting callsigns as there may have been some mistakes and the wrong band was reported.

Martin, PJ4MM on the island of Bonaire in the Caribbean sends the following report…