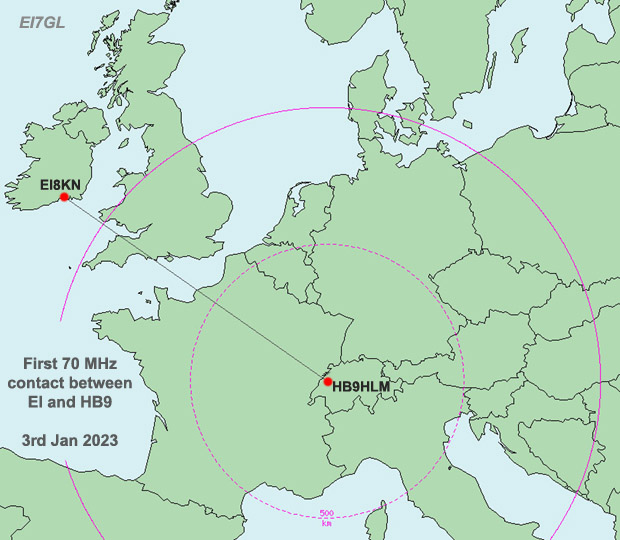 In a previous post, I outlined how radio amateurs in Switzerland had obtained authorisation to operate in the 70MHz (4m) band from January 1st 2023.

With this in mind, and noting that the Quadrantids meteor shower was due on 3/4 January 20023, Roger – EI8KN (IRTS VHF / Microwave Manager) was monitoring 70.174MHz and and ON4KST Chat, for a HB9 partner for meteor scatter tests.

No further reflections were received and just as Roger was about to concede, further bursts came through and the QSO was complete after 41 minutes. The distance was 1173Kms. This was ahead of the peak of the shower.

Roger believes that this may be an EI to HB9 first on the 4m band.

If anyone has already accomplished this, he would be interested to know.

It would appear that during this meteor shower, Andre was able to provide a good number of ‘firsts’ to European operators.