It is planned Russian cosmonauts will transmit amateur radio Slow Scan Television (SSTV) images from the International Space Station (ISS) during August 4-5 on 145.800 MHz FM (likely using PD-120). It should be receivable across the British Isles and Europe.

On July 9, ESA Education had Tweeted:
“We are expecting the ISS to transmit pictures in the next weeks for the 45th anniversary of the Apollo-Soyuz test project. This is a perfect opportunity to try this activity for yourself!”
https://twitter.com/ESA__Education/status/1281140713237946370

Apollo–Soyuz was the first international space mission, carried out jointly by the United States and the Soviet Union in mid-July 1975. 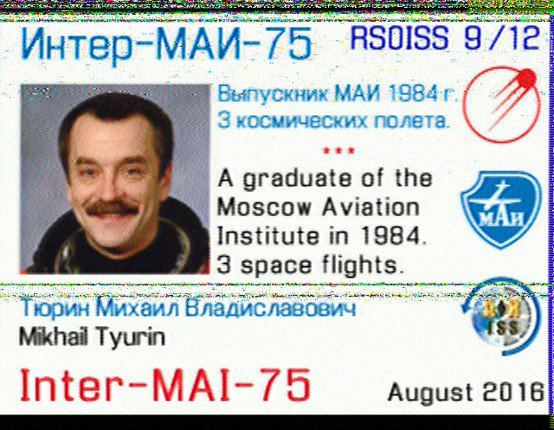 An announcement made July 27 on the ARISS SSTV Blog says:

The final crew schedule for the week of Aug 3-9 was released recently and it showed an MAI-75 activity scheduled for Aug 4 and 5. This is soon after the Space X Demo-2 undock so changes to that event could impact the schedule.

This is the Moscow Aviation Institute SSTV experiment that is active for orbital passes over Moscow, Russia. It has traditionally been PD-180 or PD-120 and transmitting on 145.800 MHz.

The ISS puts out a strong signal on 145.800 MHz FM and a 2m handheld with a 1/4 wave antenna will be enough to receive it. Many FM mobile and base station rigs can be switched been wide and narrow deviation FM filters. For the best results, you should select the filter for a wider deviation FM (25 kHz channel spacing). Handhelds all seem to have a single wide filter fitted as standard.

The space agency ESA has released a video ‘How to get pictures from the International Space Station via Amateur Radio’ along with a collection of Tutorial videos explaining how to receive ISS Slow Scan TV (SSTV) pictures for different computers and mobile devices
https://amsat-uk.org/2020/07/08/esa-promote-amateur-radio-iss-sstv/

What is Amateur Radio? http://www.essexham.co.uk/what-is-amateur-radio

ARRL Field Day — the most popular operating event on the calendar — is June 27-28, and official gear and supplies now are available from ARRL. Shirts, hats, pins, patches, and coffee mugs are a great way to acknowledge — and commemorate — yo… Read more