Built-in 38.5 dBm / 7 watt transceiver
APRS Voyager incorporates a built-in transceiver with a 38.5 dBm / 7-watt power amplifier capable of transmitting and receiving APRS packets. The only thing you need to do is to connect a proper antenna to the SMA connector. Output power is programable between 5 Watts and 7 Watts.

You can also select between fixed time interval reporting which means that packets are sent every X number of seconds, and SmartBeaconing. SmartBeaconing is an algorithm that sends position reports with intervals dependent on speed and course, allowing for more accurate reporting especially in the urban area. SmartBeaconing algorithm was first developed by Tony Arnerich KD7TA and Steve Bragg KA9MVA and now it is widely used by most APRS tracker devices. 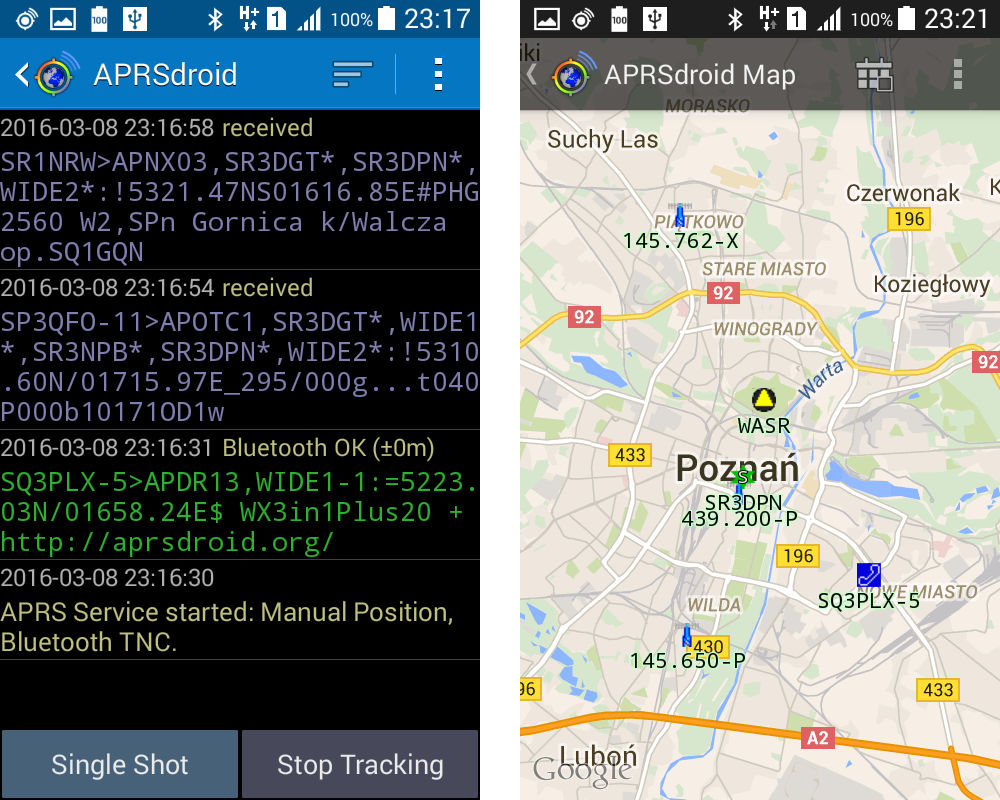 External telemetry module support
You can use an additional telemetry module for reporting of voltages and electric current values of your installation. This is especially useful for monitoring solar panel powered systems on remote sites. WXTelemetry module allows you to read 2 voltages, 2 currents, and one temperature then sends these values as APRS telemetry reports to RF.