As part of the ongoing Cork VHF Group nets on Tuesday evenings, we hold an experimental night whenever there is a fifth Tuesday in the month. On a previous evening, we experimented with sending and receiving Slow-Scan TV pictures on 2-metres FM using apps on Smartphones. For the fifth Tuesday of September 2020, the group experimented with Amateur TV signals at 5.6 GHz.

For the experiment, Jim, EI8GS went portable to the town of Cobh and set up his ATV gear to point at Don, EI8DJ in Crosshaven. After discovering that there was no reception through a glass patio window, Don took his gear outside and successfully received an ATV signal from Jim at 5.6 GHz. The distance of the path across Cork Harbour was 4.7 km. 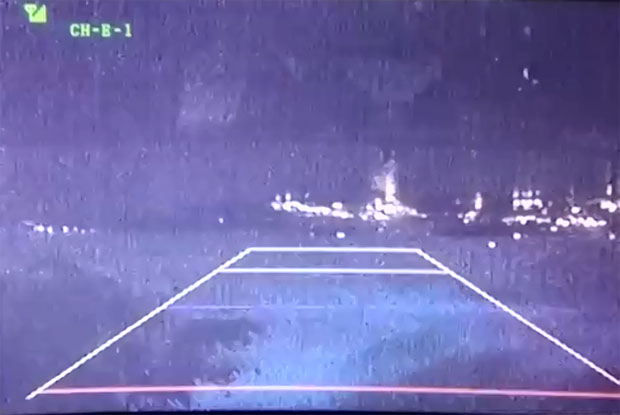 The photo above looks a bit crude but it’s a screenshot from my PC from a Zoom meeting of a phone pointing at another screen! What it shows are the lights from the oil refinery at Whitegate in Cork Harbour and the small string of lights to the left is the village of Whitegate itself. The tests were done when it was dark so the picture would be more relevant and clearer if it was in daylight.

The lines in the foreground are in fact superimposed by the camera. The unit is supposed to be used as an aid for vehicles reversing and the lines show the ‘safe’ distance areas. In this case, it was used for sending an ATV signal across Cork Harbour! 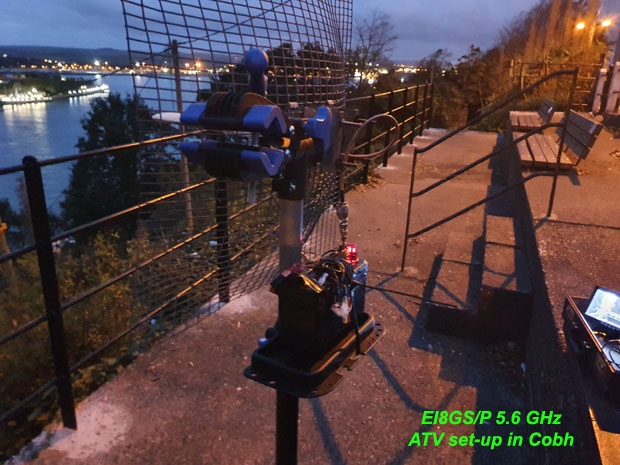 The photo above shows what Jim, EI8GS was using in Cobh. He was located at a well-known viewing point high above the town allowing a good line of sight path across to EI8DJ in Crosshaven.

I’m not certain what power Jim was using but the antenna was a 40cm dish with a dipole at the feed point. 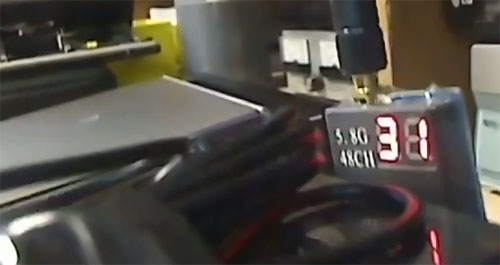 Next, it was Jim’s turn to try and receive an ATV signal from Don. The receiver module is shown above and a photo of the signal received by Jim in Cobh is shown below. 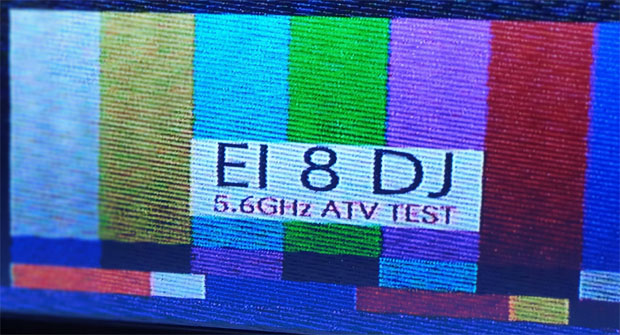 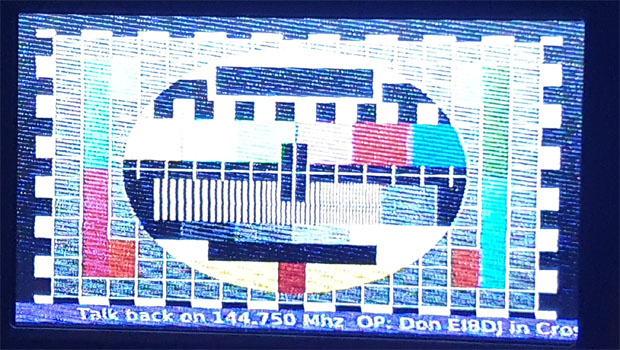 The photo below shows the set-up as used by EI8DJ… 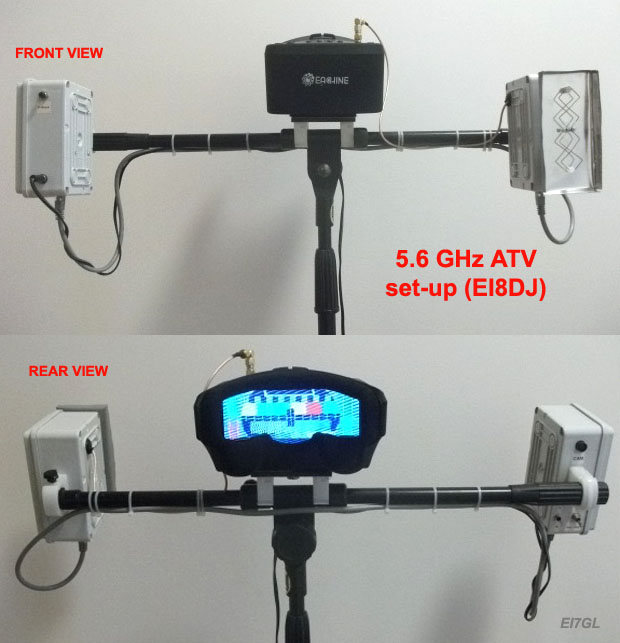 The grey box (top left) contained a Raspberry Pi Zero which generated the sequence of test cards. The module in the centre with the display is a portable screen that is used by drone pilots. The top right box contains the 5.6 GHz transmitter module and the antenna mounted on the outside of the box is a 4 element Bi-Square with a reflective plate behind. 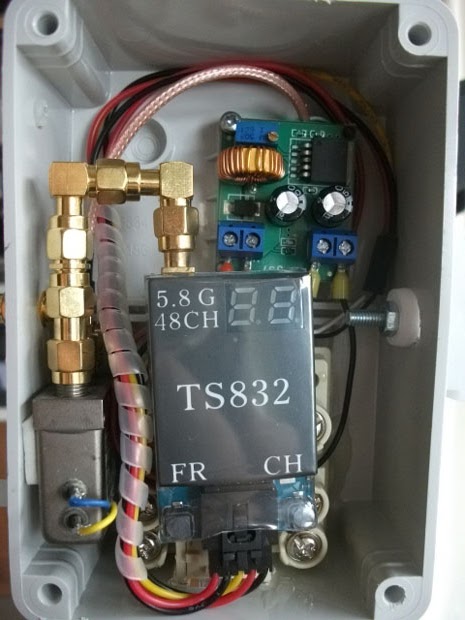 The photo above shows the box containing the transmitter module with a microwave relay on the left for switching from receive to transmit.

The FM ATV signal from the transmitter has a measured output of 0.6 watts.

In conclusion… The purpose of this initial experiment was more of a proof of concept than anything else – i.e. could an ATV signal at 5.6 GHz be sent over a line of sight path and over a modest distance of about 5 km. The answer was a conclusive yes!

The next steps the group are looking at is maybe to look at increasing the distance and exploring more paths.

About 20 years ago, there was a small but active group on 23cms (1.2 GHz) using ATV in the Cork area. Hopefully, these new experiments might reignite some interest in the mode.

Guest Post: WM2XCS/B 40 MHz beacon heard over 3000kms away in Arizona and Alberta …by George, N2CG