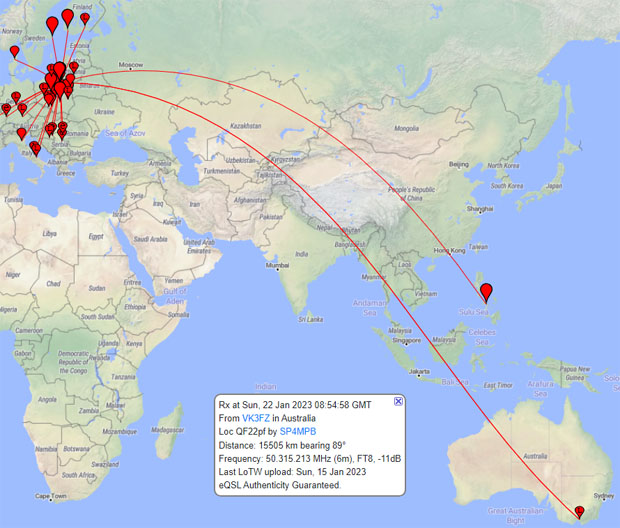 SP4MPB in Poland exchanged a few FT8 signals with VK3FZ in Australia and the QSO could not be completed. SP4MPB reports a maximum signal of -14dB. 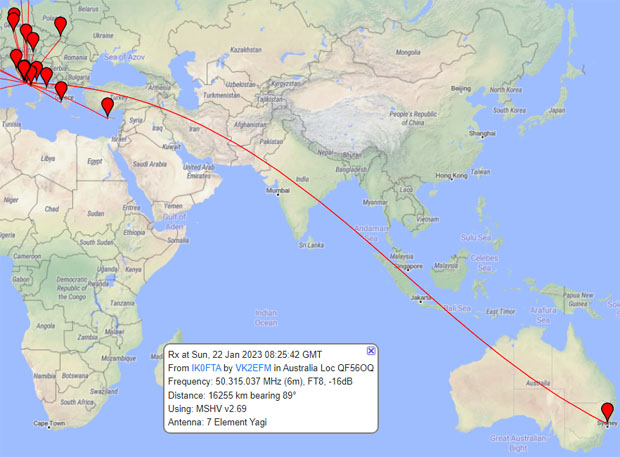 Again, this seemed like a very short opening with just a single reception report. As far as I know, there were no other Europe – Australia paths on 6m reported.

In truth, these openings were fleeting and the signals were very weak. In previous solar cycles, openings like this wouldn’t even have been noticed as people were using SSB and CW then.

Now that there are so many stations using FT8 on the same frequency, even the weakest opening on the 50 MHz band gets reported.

It’s also likely to just a hint about the long distance 6m openings which are more likely to happen as we head towards the equinox.