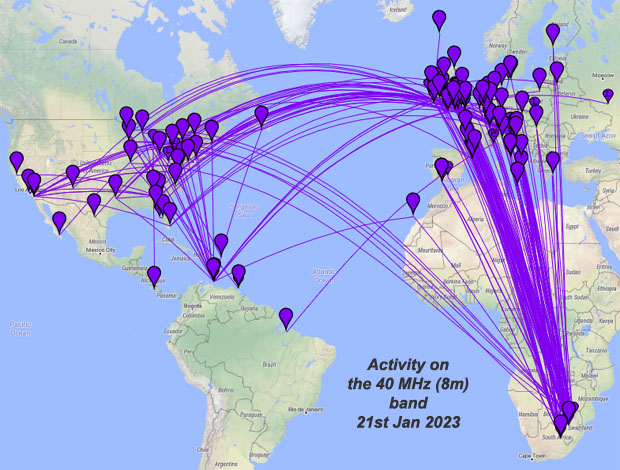 Saturday the 21st of January 2023 was another busy day on the 40 MHz (8m) band with plenty of activity. I picked out a few notable paths.

South Africa (ZS)… There were three ZS stations on the band… ZSWAB, ZS6OB & ZS4TX. They accounted for some of the longest paths seen on the day.

This is the FT8 map for ZS6WAB as a sample… 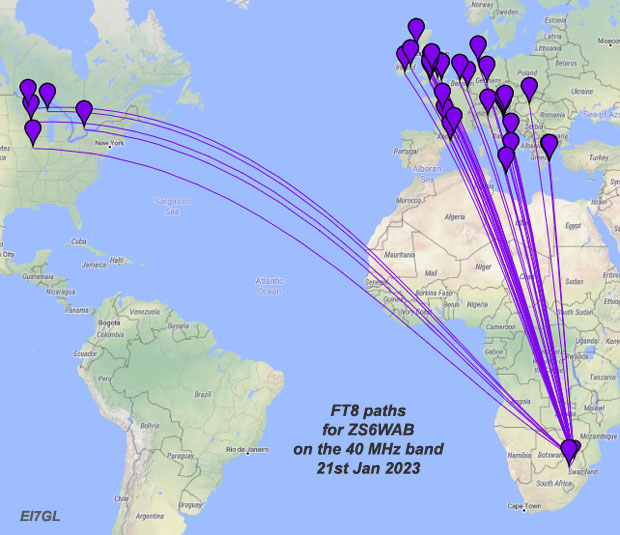 Besides the signals from South Africa reaching North America, they extended well into Northern Europe. It’s not that unusual for stations in the south of Europe to hear South African signals on the 40 MHz band but this time, there were reports from stations in Scotland.

I’m not sure if the ZS stations were reported this far north before on 8m? It feels like a new barrier has been breached when we start seeing reports from the JP/KP locator squares in the north of Europe.

Mexico… XE2OR in Mexico reports reception of the Irish 8m beacon EI1CAH/B and EI2IP. XE2OR is just across the border from Texas but it’s further west than recent other reports from the USA. 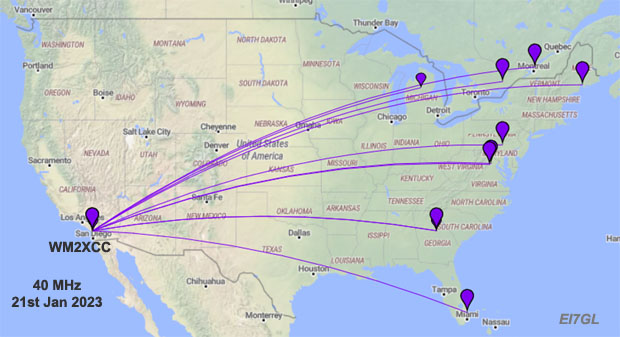 WM2XCC is one of the experimental US 8m stations located in California.

Analysis… With the solar flux up around 210, it’s probably no great surprise that the F2 layer maximum usable frequency (MUF) is reaching as high as the 40 MHz band. Most of the signals reported are probably via the F2 layer in the ionosphere but for the South African stations then there was probably some TEP (Trans-Equatorial Propagation) as well. As for how much is TEP and how much is F2 for those North-South paths???

I have included below the spots from the DX Cluster and the PSK Reporter spots. 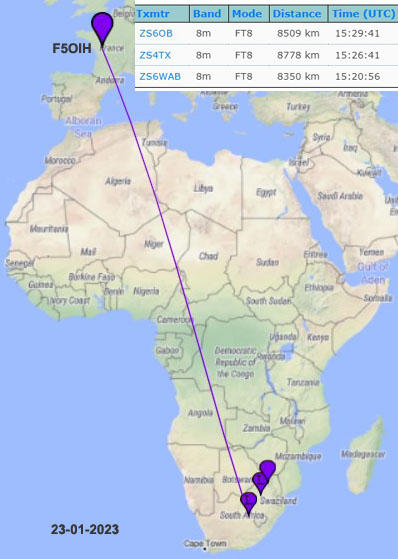