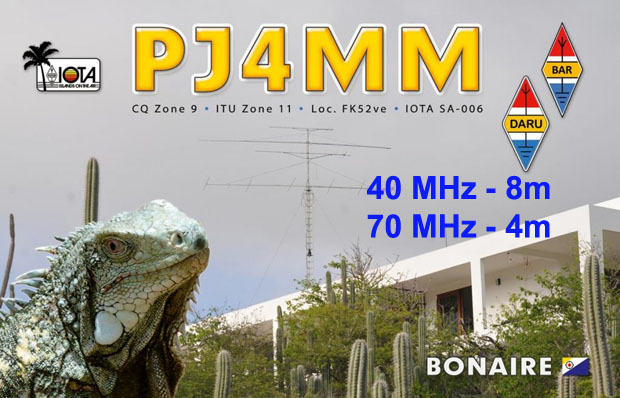 Martin, PJ4MM on Bonaire in the Caribbean reports that he has just received an experimental license for the 40 MHz (8m) and 70 MHz (4m) band.

These are the frequency allocations with equipment.

Martin reports that he has already been heard by FG8OJ on Guadeloupe and K9MU in Wisconsin.

Martin also reports a signal of -22dB in IM67 in the south of Portugal on 8m but it wasn’t reported on the PSK Reporter website.

Martin also says that for 4m, he will be following the Region 1 band plan (Europe) and will be mostly operating on FT8.

Analysis… This is really excellent news as it opens up the possibility of a lot of interesting paths from this southerly location. 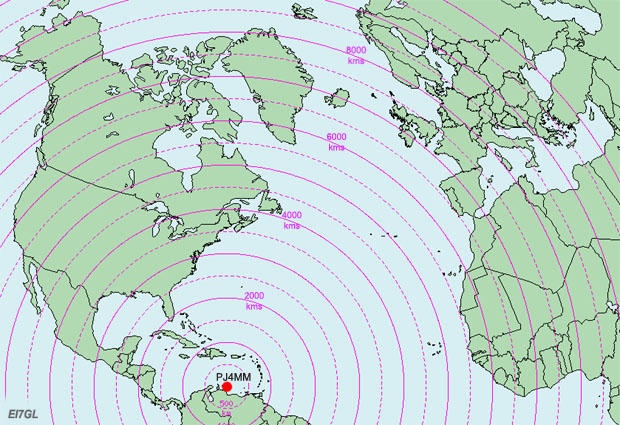 On 40 MHz, there will be plenty of openings on F2 up to the USA and Canada and will allow some contacts with the experimental stations there as well as crossband contacts and reception reports. Ironically it may be easier to get reports from the NE of the USA (3500-4000kms) than the SE which may be a bit too close.

There should also be plenty of openings to Europe, especially to Spain and Portugal. It should also open eventually to the UK and Ireland and the question is how far east into Europe will the signal travel.

In the Summer months, there should be plenty of multi-hop Sporadic-E openings from May to July and may act as an early warning for 50 MHz openings to follow.

What I find really interesting are the possible openings on 70 MHz.

Will amateurs in the USA and Canada be interested enough to listen on the band now that there is someone on from the Caribbean on 4m?

Will there be multi-hop Sporadic-E openings on 4m to Europe during the Summer? Almost certainly to Spain and Portugal but further north to the UK and Ireland? How far into Europe? Is it possible to get as far east as Cyprus? Further? 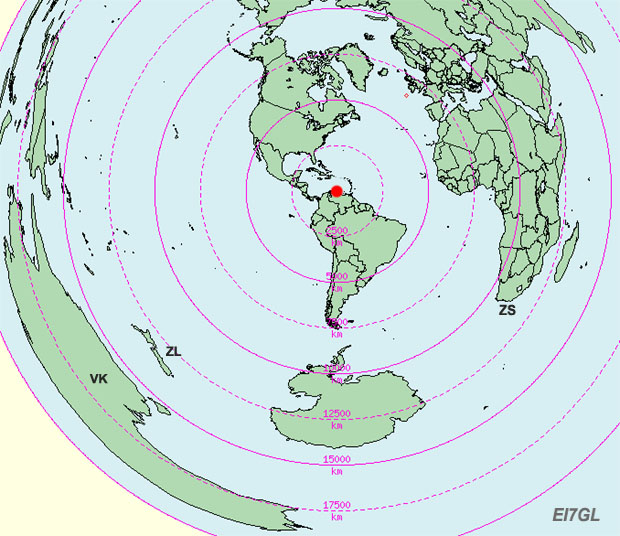 Looking at the southern hemisphere, there are a lot of interesting potential paths.

TEP openings on 40 MHz and 70 MHz to Argentina and the south of Brazil are a given. Will anyone there listen?

From Bonaire to the Falkand Islands (VP8) on 70 MHz?? Is it possible?

And what about the really long paths? From Bonaire to New Zealand (ZL) and Australia (VK) on 40 MHz???

We can be sure that some really interesting paths are going to pop up from this location.